by Henry A. Giroux

What cannot be ignored is that Hilary Clinton has supported a war machine that has resulted in the death of millions, while also supporting a neoliberal economy that has produced massive amounts of suffering and created a mass incarceration state. Yet, all of that is forgotten as the mainstream press focuses on stories about Clinton’s emails and the details of her electoral run for the presidency. It is crucial to note that Clinton hides her crimes in the discourse of freedom and appeals to democracy while Trump overtly disdains such a discourse. In the end, state and domestic violence saturate American society and the only time this fact gets noticed is when the beatings and murders of Black men are caught on camera and spread through social media.

Where are the mainstream public outcries for the millions of Black and Brown people incarcerated in America’s carceral state? When the mainstream media can write and air allegedly objective stories about a fascist candidate who delights white nationalists and neo-Nazis, without highlighting that he advocates policies that are racist and constitute war crimes, it makes visible how America has forgotten what it should be ashamed of: the fact that we’ve built a society in which collective morality and the ethical imagination no longer matter. Comparisons to the 1930s matter but what counts even more is that they have been forgotten or are held in disdain. Much of the American public appears to have forgotten that totalitarian and white supremacist societies are too often legitimated by a supplicant mainstream media, cowardly politicians, right-wing and liberal pundits, academics and other cultural workers who either overlook or support the hateful bigotry of demagogues, such as Trump. What is also forgotten by many is the racist legacy of policies implemented by the Democratic Party that have resulted in a punitive culture of criminalization, incarceration and shooting of untold numbers of Black people.

Rather than engage in the masochistic practice of supporting Trump’s nativism, ignorance and bigotry, and his warlike fantasies of what it will take to make America great again, white workers who have been driven to despair by the ravaging policies of the financial elite and their shameless political and corporate allies should be in the streets protesting — not only against what is called establishment politics, but also the rise of an unvarnished neo-Nazi demagogue.

Evidence of such complicity comes in many forms, some of which are wrapped in the discourse of a supine liberalism that bows down in the face of an authoritarianism largely driven by the ethos of white supremacy. One example can be found in an article by Sam Tanenhaus in The New York Times: “How Trump can save the G.O.P.” This stuff is hard to make up. In the article, Tanenhaus compares Trump to former presidents Eisenhower and Lyndon Johnson and praises him for the pragmatism of some of his economic policies — as if the spirit behind Trump’s policies had any relationship to the spirit that animated Eisenhower’s resistance to the military-industrial complex or to Johnson’s deep concern for eliminating poverty and dismantling racism in American society. Does it matter to Tanenhous that Trump is a bigot who wants to expel 11 million Mexicans, hates Muslims and speaks glowingly about instituting torture as president of the United States? Does it matter that Trump supports violence with a wink of the eye and is unapologetic about his huge following of neo-Nazis who are enthusiastic about waging a war against Black and Brown people? How is it possible to forget that, overall, Trump is a demagogue, misogynist, racist and bigot who is unequivocally dangerous to the promises and ideals of a democracy? Apparently, it is possible. Yes, the fascists and Nazis were also efficient, particularly in the end when it came to building a war machine and committing acts of genocide. So much for pragmatism without a conscience.

Trump is a real danger to the species, the country and the world in general. His views on war and climate change — along with the promise of violence against his enemies and his unapologetic racism, bigotry and hatred of constitutional rights — pose some of the greatest dangers to democracy and freedom the US has ever faced.

As Adam Gopnik says in an excellent article in The New Yorker, democracies do not simply commit suicide, they are killed by murderers, by people like Trump. Most expressions of support for Trump vastly underestimate the immediate danger Trump poses to the world and minorities of class, race and ethnicity. In contrast, while Hillary Clinton is a warmonger, a cheerleader for neoliberalism and a high-ranking member of the Democratic Party establishment, she is not threatening to take an immediate set of actions that would throw people of color, immigrants and working-class people under the bus. Instead, if she wins the election, she should be viewed as part of a corrupt financial and political system that should be overthrown. While posing danger on a number of economic, political and foreign fronts, Clinton would also expose by her actions and policies the mythological nature of the idea that democracy and capitalism are the same thing. Hopefully, all those young people who followed the dead-end of a Bernie Sanders movement — and the false suggestion that a political revolution can be achieved by reforming the Democratic Party — would seize on this contradiction. Sanders revitalized the discourse about inequality, injustice and the need to break down the financial monopolies, but he failed in choosing a political avenue in which such real and systemic change can come about.

Fighting for a Democratic Future

We live in a time in which people are diverted into a politics that celebrates saviors, denigrates democratic relations of power and policy, and provides a mode of escape in which heartfelt trauma and pain are used to mobilize people not into democratic movements but into venting their anger by blaming others who are equally oppressed. This signals a politics that kills both empathy and the imagination, a politics that uses pain to inflict further pain on others. Atomization on a global scale is a new form of invisible violence because it shackles people to their own experiences, cutting them off from a shared awareness of the larger systemic forces that shape their lives. Anger, indignation and misery need to take a detour through the ethical, political and social models of analysis that connect individual issues to larger social problems. Only then can we resist the transformation of grievances into a Trump-like version of American fascism.

Americans need to continue to develop broad-based movements that reject the established political parties and rethink the social formations necessary to bring about a radical democracy. We see this in the Black Lives Matter movement as well as in a range of other movements that are resisting corporate money in politics, the widespread destruction of the environment, nuclear war and the mass incarceration state. With hope, these important social movements will continue to break new ground in experimenting with new ways to come together and form broad-based coalitions between fragmented subgroups.

In the end, it’s vital to foster anti-fascist, pro-radical democracy movements that understand short-term and long-term strategies. Short-term strategies include participating in an electoral process to make sure a fascist or religious fundamentalist does not control a school board or gain leadership roles regarding public governance. Such practices do not represent a sellout but a strategic effort to make immediate progressive gains on the way to tearing down the entire system. Strategies built on the divide of being in or out of the system are too simplistic. Progressives must forge polices that do both as part of a larger movement for creating a radical democracy. Such actions are not the same as giving into a capitalist world view, especially when the long-term plan is to overthrow such a system. There seems to be a certain kind of theoretical infantilism that dominates some segments of the left on this issue, a form of political purity stuck in an either/or mind set. Such ideological fundamentalism (which might assert, for example, that those who vote are “giving in” or “selling out”) is not helpful for successful short-term planning or for long-term strategies for developing the institutions, cultural apparatuses and social movements necessary for radical change in the US and elsewhere. 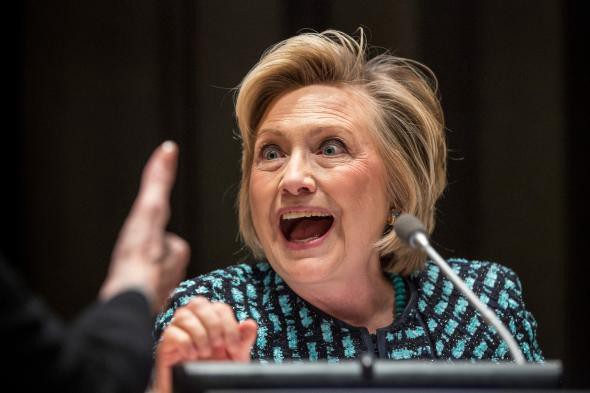 If we are to fight for a democratic future that matters, progressives and the left need to ask how we would go forward if the looming authoritarian nightmare succeeds in descending upon the United States. What can we learn about the costs of allowing our society to become lawless in its modes of governance and to lose its historical understanding of the legacy of slavery, lynching and bigotry that have given rise to mass incarceration and the punishing state? What does it mean when money rules and corrupt politics disavows economic actions from social costs, and wages war against public trust, values and goods? These are just some of the questions that need to be addressed in order to break free from a neoliberal system that spells the death-knell for democracy. All societies contain new beginnings — we need desperately to find one on the side of justice and democracy.

The US is in a new historical moment in which the old is dying and the new is waiting to emerge. Such periods are as hopeful as they are dangerous. At the same time, there are young people and others intent on turning despair into hope, struggling to reclaim the radical imagination, and working to build a broad-based collective struggle for real symbolic and structural change in the pursuit of political and economic justice. We need to accelerate such movements before it is too late.

[Note: This is an excerpt from “White Supremacy and Sanctioned Violence in the Age of Donald Trump” which first appeared on Truthout.org.]

[Thanks Henry for this piece.]

The writer is McMaster University Professor for Scholarship in the Public Interest in the English and Cultural Studies Department and the Paulo Freire Chair in Critical Pedagogy at The McMaster Institute for Innovation & Excellence in Teaching & Learning. He is also a Distinguished Visiting Professor at Ryerson University. His web site is http://www.henryagiroux.com and his other site is MCSPI.