For us in these times, to even have hope is too abstract, too detached, too spectatorial. Instead we must be a hope, a participant and a force for good as we face this catastrophe.–Cornel West[1]

And so the inevitable. Either way it was a foregone conclusion. One of two rotten apples. It so happens to be the one who will be the richest president in US history: that must stick in the Clintons’ craw, as an added avenue for exerting influence and building up wealth for their cronies, proxies, and themselves has been put on hold.

But does it matter, as such? The voice of protests are just that. We witnessed the occupy movement and it has not shown a way around the continual blocking out of good third party candidates and alternate voices; it also could not forestall the advent of Trump. The protests in certain areas in America are back. Trump is the US president-elect, but is touted as ‘not my president.’ Apparently, Obama was ‘someone’s president’ as would have been one of the Clintons again. Perhaps Obama and his immediate predecessors unstintingly did only that which was good for the oppressed in the US, spread wealth all around fairly, and made the world safer, etc.

To those who consider Obama, perhaps the worst president in American history, ‘our president’: please remember the epic shooting incidents during his tenure in which cops gleefully murdered minorities, including handicapped people. Yet, there will always be some people who believe America represents ‘Democracy,’ ‘Freedom,’ and other scintillating epithets.

But the outcome of this ‘not my president’ thing is also predictable. When so much at the root of the problem is dramatized as protest against what one hates, rather than what one needs to address, you continue to have protest and reactions to it, ad nauseam.

Sure, there may be some adjustment by Trump and others to assuage those upset and those whose hobby it is to rant, especially on social media. But that may be about it. Things will continue as usual till one generation of youth, sooner than later—will understand that they have been given the death penalty through (for instance) climate change—then something may finally snap.

But it will be too late.

For discerning readers of this site, we can only state some of the things that do need attention. Please take note of some of the material here. For instance, the post prior to this on who owns the US federal reserve. Take time to listen to it, carefully; study it, and spread the word. The key to so much that is wrong is in there.

But, of course, when it comes to people there is always much more to things than only money. For instance, that little thing called mind-sets that cannot change.

Incidentally, there may still be material published here from time to time, especially if something unique and different needs commenting upon. Other than that, this site will be more an archive.

Meanwhile, something from a good book on philosophy which has two quotes from two men from the past. The first is from Herodotus commenting on the acts of Persia’s King Cambysses:

He did many such mad deeds against the Persians and their allies. While he was living in Memphis he opened up the ancient tombs and examined the corpses. In the same way he came into the temple of Hephaestus and made mock of the image…Also he entered the temple of the Cabeiri into which no one but the priest is allowed to go…It seems to me altogether clear that Cambyses was very mad, otherwise he would never have set himself to ridicule matters of religion and custom. For if anyone put it to all men telling them from all customs to pick out the finest, each would after investigation choose those of his own people. So strong is everyone’s belief that the customs of his own people are by far the finest. It is, therefore, not likely that anyone but a madman would make mock of such things. That all men do hold this belief about their customs can be established by this piece of evidence, among many others. Darius when he was King summoned those Greeks who were with him and asked them what sum of money would induce them to make a meal of their dead fathers. And they said that nothing would induce them to do this. Darius then summoned the so-called Callatian Indians, who do eat their parents, and, in the presence of the Greeks (who understood what was said through an interpreter), asked them how much money they would take to burn their dead fathers in a fire. And they raised a great uproar, telling him not to speak of such a thing. So firmly rooted are these matters of habitual usage; and I consider that the poet Pindar was quite right to say that custom is the universal king.[2]

The second quotation comes from Thucydides on the Peloponnesian War:

And so many terrible things happened to cities through civil conflict, things which happen and always will happen so long as the nature of men is the same, but which are worse or milder and differ in their forms according to the variations of the circumstances in each case. In periods of peace and prosperity both states and individuals maintain better dispositions, because they do not fall under necessities against their will. But war, which robs people of easy supply of their daily wants, is a violent schoolmaster matching most men’s tempers to their conditions.

There was, then, civil conflict; and those of the cities which were involved later, through hearing of what had happened earlier, pushed on to further extremes of innovation both in the ingenuity of their schemes for seizing power and in the extravagance of their reprisals. They altered accepted usage of words in relation to deeds as they thought fit. Reckless audacity was termed courageous loyalty to party; prudent hesitation, specious cowardice; moderation, a cover for spinelessness; and ability to understand all sides, total inertia. Fanatical enthusiasm was rated a man’s part; and cautious deliberation, an euphemism for desertion.[3]

In our world what is noticed is what appears in the mainstream media, what celebrities say and do, and what goes viral for the most inane reasons on social media.

All the while, people are led by the nose through distractions of violence that keep them wallowing in their comfort zones (while they can), and festering in their hates (which they always do): while those who control the world continue, unfortunately, harming all life and the planet.

This lethal fusion of economic insecurity and cultural scapegoating brought neoliberalism to its knees. In short, the abysmal failure of the Democratic party to speak to the arrested mobility and escalating poverty of working people unleashed a hate-filled populism and protectionism that threaten to tear apart the fragile fiber of what is left of US democracy. And since the most explosive fault lines in present-day America are first and foremost racial, then gender, homophobic, ethnic and religious, we gird ourselves for a frightening future….

Rightwing attacks on Obama–and Trump-inspired racist hatred of him–have made it nearly impossible to hear the progressive critiques of Obama. The president has been reluctant to target black suffering–be it in overcrowded prisons, decrepit schools or declining workplaces. Yet, despite that, we get celebrations of the neoliberal status quo couched in racial symbolism and personal legacy. Meanwhile, poor and working class citizens of all colors have continued to suffer in relative silence.–“Goodbye, American neoliberalism. A new era is here, Cornel West

[2] p. 79, Flew, Antony. An introduction to western philosophy: ideas and argument from Plato to Popper, Thames and Hudson: New York, 1989. 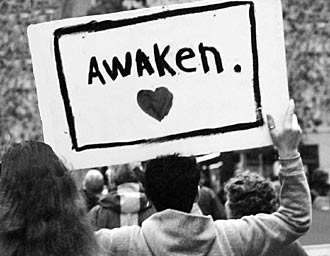 The writer is the editor of Philosophers for Change.

[Note: December 4th was the fifth anniversary of Philosophers for Change. Thank you to everyone for your contributions and support.]

One thought on “Taking notes 65: Trump’s triumph: what more can be done?”