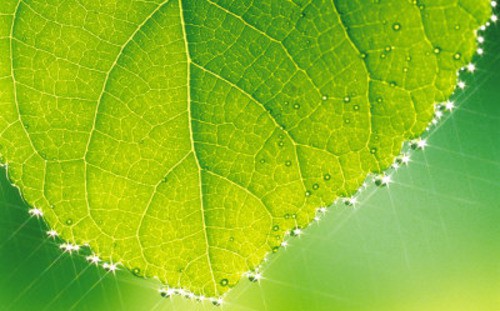 The disclosure of critical flaws in a study used by economists to justify austerity budgets in Europe and the United States once again puts a focus on the role of debt in our economy. The study, Growth in the Time of Debt, by Carmen M. Reinhart and Kenneth S. Rogoff, purported to show that when national debt approaches ninety percent of GDP, economic growth will slow. A new paper, by Thomas Herndon, Michael Ash, and Robert Pollin claims that the process that Reinhart and Rogoff used to select their growth data was skewed to support their conclusion and that they failed to use an Excel spreadsheet correctly. Regardless, it once again puts the subject of debt into the economic headlines.

The real problem, however, seems to be a failure to see the real relationship between debt and economic growth. And in this lies an issue of morality, as well as the root cause of climate change, increasing inequality, political conflict, and a host of other modern ills. Let me phrase the case in a series of propositions.

First, the economy must perpetually grow or collapse, as we experienced in 2007/2008.

Second, growth must be exponential. Three percent growth in the U.S. lumber industry from1990 to 1995 required cutting down one and a half million more trees. The same growth rate from 2005-2010 required destroying two and a half million more. Extrapolate that to the sale of automobiles, water usage, food, and everything else we consume and you get an idea of the problem.  In fact, if the global economy increased at the minimum desired rate of 3 percent a year, it would grow from its present level of about 70 trillion dollars to a quadrillion dollars by 2100.

Four, the reason we must perpetually grow exponentially is that we have a debt-based financial system. Money, in almost all countries, is issued as debt. Thus the economy must continually produce interest on debt or profit on investments or collapse.

Five, wealth cannot be held; it must be invested to protect it and produce more.

Six, a debt-based financial system directs the flow of wealth upwards, increasing the wealth gap such that in the U.S. today, the top 1 percent own just under 35 percent of the wealth, and the top 10 percent own almost 75 percent.

Seven, however, while the top 1 to 10 percent own most of the wealth, almost all of that wealth lies in the pockets of the bottom 90 to 99 percent, where it is expected to multiply to repay debts and investments.

It is in proposition seven that a solution can be found. If it is true, that most of our environmental, political and social problems stem from the requirement of perpetual exponential economic growth, and if it is true that this stems from a debt-based financial system, then the only way to solve the problems of environmental devastation, social and economic inequality, and the continuing concentration of political power, is to reform this system. And the only way to convince those in power to implement reforms, is to threaten to withhold from them, the wealth that the great majority is expected to return to them. In other words, threaten a debt strike. To do that, however, we must overcome the ideological sleight-of-hand described by David Graeber in his recent book, Debt: the First 5000 Years, that portrays the repayment of debt as a moral obligation, analogous to the obligations one has to family and friends, as opposed to a simple financial transaction. Furthermore, financial debt, in the modern world, is a requirement for economic participation. We all live in the equivalent of the company town.

Moreover, how can people be said to have a moral obligation to repay their debts when corporations, national or local governments can unilaterally cancel or reorder debt obligations or unilaterally cancel negotiated pension rights, as they have done? Why should debtors have a moral obligation to repay debts, when at least 30 members of the U.S. House of Representatives and 33 U.S. Senators, attempting to force budget cuts, voted against the government repaying its debt obligations? They were threatening a debt strike.

Finally, I would add that reforming our financial system would, in the long run, benefit everyone, rich and poor alike. We need only appraise debtors of their rights and issue a list of necessary reforms to escape the threats of perpetual economic growth, on the one hand, and financial collapse on the other.

To this end, I have drafted a Debtor’s Bill of Rights that outlines the threats we face and the rights we must demand. I would welcome and appreciate comments.

[Note: We are also on Facebook and this post is open to discussion and conversation with the writer at: The postcapitalist discussion]

[Thank you Richard for this contribution]

The writer is Distinguished Teaching Professor at SUNY at Plattsburgh. He is the author of Global Problems and the Culture of Capitalism among other books and articles.

If publishing or re-posting this article kindly use the entire piece, credit the writer and this website: Philosophers for Change, philoforchange.wordpress.com. Thanks for your support.