Often I am asked, in all manner of situations, what is your position? What is your belief? Christian communist, is my answer. I may be speaking with a group of Chinese students and specialists on Marxism, or a gathering of young anti-capitalist activists, or a room of trade-unionists, or a congress of hard-core Marxists, or indeed a group of religious believers. Inevitably, my answer produces a rain of questions. Christian and communist – are not the two poles apart? Are not communists and communist countries against religion, since it is the ‘opium of the people’? Are not Christians thoroughly opposed to ‘atheistic’ communism? More often than not the questions turn to the intricacies of theological matters, precisely where you would least expect it.

So I would like to indicate what the conjunction of these apparently incompatible terms means. To begin with, Christian communism has a long and colourful history, one that was clearly identified by Marxists such as Engels (1894-95 [1990]), Rosa Luxemburg (1970 [1905]) and Karl Kautsky (2007 [1908], 1976 [1895-97]-a, 1976 [1895-97]-b; 1977 [1922]), and then elaborated and enhanced by a range of critics since. It is a history of more than two millennia, one that obviously predates modern socialism. Its founding mythological statements are found in the New Testament book of Acts, in chapters 2 and 4, where the early Christian community had “all things in common”. Or more fully: “And all who believed were together and had all things in common; and they sold their possessions and goods and distributed them to all, as any had need” (Acts 2:44-45).

This might sound simple enough, a commune of the type that appears repeatedly even today, and has done so many a century before now. Yet at times, such a humble effort has had revolutionary import. For instance, Thomas Müntzer, a leader of the Peasant Revolution in the German states in the early sixteenth century, made omnia sunt communia – all things in common – the slogan of the movement. Indeed, his full statement of the message of Christianity was: “It is an article of our creed, and one which we wish to realise, that all things are in common [omnia sunt communia], and should be distributed as occasion requires, according to the several necessities of all”. (Kautsky 1897, 130). I know of Christian communities today that live according to this biblical mandate, who see themselves as part of the long tradition of Christian communism.

However, let us go back to Thomas Müntzer’s statement, for there is a further section: “Any prince, count, or baron who, after being earnestly reminded of this truth, shall be unwilling to accept it, is to be beheaded or hanged” (Kautsky 1897, 130). I read this as a rather graphic call for revolution, which may take many forms but requires putting the ruling class out of its collective job. It is one thing to urge us to live communally, to have communal property, and to explore what a collective really means. But that is only one dimension; revolution is its other. If we focus only on the search for forms of communal life, then the danger is that we may end up becoming too comfortable within the current context. We may become either a cell that has adapted to the wider situation we began by opposing, or we may try to remove ourselves as much as possible from that situation. In either case, we give up on the revolutionary agenda, the desire and need to change the whole system itself.

Instead we become reformists, tinkering with little bits of the system in order to make it more liveable for the time being. I do not wish to suggest we give up on reform, but that it should always be understood in light of the larger revolutionary agenda. Only then do reforms make sense, for they constantly remind us of the need for revolution and ideally work towards that revolution.

So revolution is the other major component of the Christian communist tradition. Is this not what one would expect when the Christian message calls for metanoia, a complete change of direction at a social, economic and personal level? Too often has this call been read in recent years as a call for personal ‘repentance’, thereby neglecting the rich social dimensions of such a turn-around. Throughout the long two millennia of Christian history, one revolutionary movement after another has been inspired by this call, and by the Bible itself. Waldensians, the Apostolic Brothers around Gerardo Segarelli, Lollards, Taborites, the peasants with Thomas Müntzer, the Anabaptists in the northern Netherlands and at Münster, God-builders and God-seekers in the Russian Revolution, Christian materialists in the Chinese revolution, radical Christian socialists of the early twentieth century, guerrilla priests in Latin America in the 1970s and 1980s … the list is long indeed. In fact, such a list brings me to another reason for being a Christian communist: it is not that the perfect revolution is still to come, but that there is a long history of such revolutions. That many of them made mistakes is obvious; that they also had many successes should also be obvious. In both cases we have much to learn from these earlier examples. 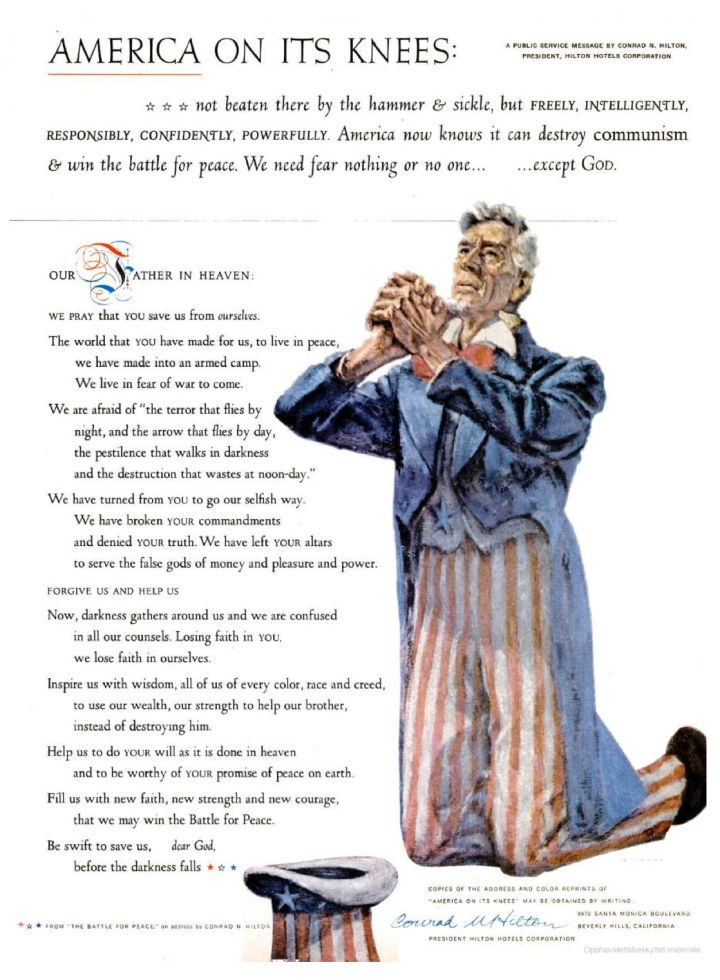 I would like to discuss briefly three other dimensions of Christian communism. To begin with, there is the tension between old and new with which that tradition struggles. I mean the tension between a radical break with the past that is entailed by the ideas of revolution (metanoia) and the reality that the past continues after the revolution in so many ways. Having won a revolution, do you destroy everything that has gone before and begin again? Many have taken this approach, thinking that all that has been overthrown is corrupt and tainted, that it has to be swept away for the sake of what is new. Or do you use the leftovers and rubble of the old in order to construct something very different? Do you attempt a dialectical transformation in which the best of what has gone before is taken up and thereby unleash a new level of human imagination and creativity? May I suggest that both elements should be kept together in a tension, in which the radical break and a sense of continuity are held in creative interaction with one another. For example, after the Russian Revolution some wished to destroy all that was left of the old order, while others wanted to keep the best of the past in order to construct socialism. This question also faces us with the tradition of Christian communist movements: each revolution believes that it is brand new, yet the very existence of a tradition of such revolutions means that there is something of the past that continues into the new present.

A further question concerns the obvious conservatism of many religions, including Christianity. They are all too ready to support and justify whatever tyrant happens to be in power, especially if that tyrant favours the religion in question. How does this relate to Christian communism, which is quite the opposite? Some argue that Christian communism is the core, the real truth of Christianity, and that the ones who develop a dirty little relationship with the powers that be are really compromising and betraying the truth of that religion. I would suggest that it is more complex than that. A religion like Christianity is actually caught between its revolutionary and reactionary sides, which has much to do with the tensions of its origins during the Roman Empire. As a result, throughout its history it has oscillated between those two options, with many variations in between. The catch is that either approach may be justified from the sacred texts and from the history. That is, they are both perfectly ‘legitimate’ in that sense. The outcome is that one must ultimately take sides in the struggle. It should be clear by now which side I prefer.

Finally, I suggest that one of the reasons why the Christian communist tradition continues to appeal to many people is because it offers what I call a process of translation between religion and politics. By translation I mean an interaction between two codes or languages, in which neither has superiority or is absolute. As anyone who has engaged in translation knows, no term is completely translatable. The fit is always partial, leaving something hanging over, outside the overlap of words. This means that the intersection of the two terms may well enhance each term in the process, enriching the meaning. Radical politics and religion seem to be quite translatable into one another: think of words like revolution and miracle (and metanoia), justice and obedience to the law of God, land reform and the land as God’s, the abolition of private property and money as the root of all evil, and so on. In fact, many of the key Christian communist terms have an inescapably radical political implication, one that may be expressed in political terms as well as religious terms. It is not for nothing that Marxists and other radicals have continually found themselves engaging with religion.

I have perhaps been a little too theoretical, but I wanted to indicate how Christian communism raises crucial issues in its appeal to me. Occasionally some have asked me whether I am not a pessimist, given the ‘failures’ of one communist movement after another? I respond by questioning what ‘failure’ means, for it seems to me that any revolution that is able to get past the period of inevitable counter-revolution has succeeded. Yet even the shorter-lived moments of left-wing radicalism indicate that the hope for something better persists. Above all, I am an optimist, for I keep meeting young people in different parts of the world who have no time for capitalism and all that it does, who are not interested in careers or making money, who constantly seek out new ways of living communally, and who do so with the greater, revolutionary agenda always in mind. Such young people give me great optimism for the future of Christian communism, which is part of the greater communist movement.

[Thank you indeed Roland for this contribution]

The writer is a left-winger from Australia, based in the industrial city of Newcastle. His main interest concerns the intersections of Marxism and religion, having written a five-volume series called The Criticism of Heaven and Earth (Haymarket, 2009-13). He has recently completed a long study on Lenin and religion. He frequently visits Asia and will take up a position as professor at Renmin University of China (Beijing) in 2014.

[Note: This piece may not be reproduced in any form without permission from the author. If any clarification is needed on this, please see: Contact]

2 thoughts on “Taking notes 24: Why I am a Christian communist”