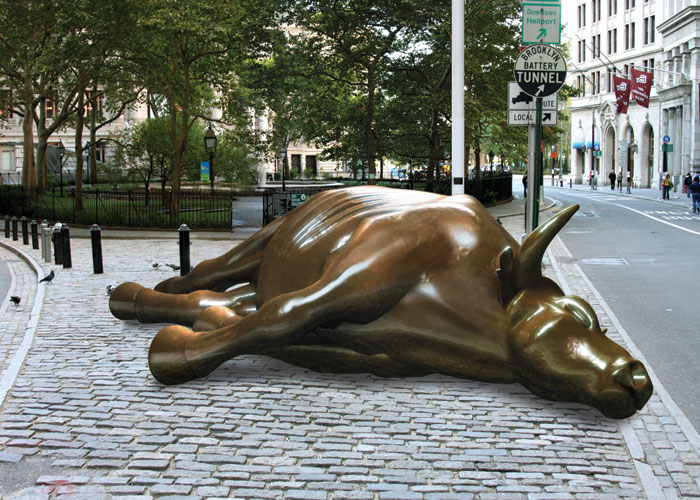 Recent press reports refer to troubling price increases for such assets as real estate, government bonds, companies targeted for acquisition and artwork. A New York Times front-page headline read “The Everything Boom, or Maybe the Everything Bubble.”

Given their persistent economic problems, consumers cannot borrow or spend more. Businesses neither borrow nor productively invest all the new, cheap money because they could not sell the extra output to distressed consumers. Instead, the newly injected trillions enable the speculation that drives up asset prices. The owners of those inflating assets celebrate a “recovery” that bypasses most of their fellow citizens. The Great Recession lumbers on.

To understand this puzzling and dangerous situation requires digging deeper than most current discussions of our economic problems. The global crisis since 2007 has captivated discussion about capitalism as a system. Yet we are faced now with more than just this latest of capitalism’s endlessly recurring “downturns” (or recessions or depressions). We see combined an extremely serious downturn in most of capitalism’s old centers, extremely unequal growth in its new centers and a resurgent global speculative bubble. This points to a deeper, worldwide problem that now challenges and threatens contemporary capitalism.

From its beginnings as the emerging, dominant class structure in 18th century England, capitalism concentrated production geographically in what were or became urban areas. This persisted as capitalism spread through Western Europe, North America and Japan. Capitalist growth in urban areas not only drew food, raw materials and laborers from the surrounding countryside, it also generated deepening divisions between town and country. The workers who gathered in industrial towns eventually mobilized and fought successfully for rising wages rarely matched by rural incomes. Urban laborers became an organized, disciplined, productive and relatively well-paid working class.

Across the 19th and 20th centuries, expanding populations eventually required capitalism’s concentrated industrial centers to draw raw materials, foods and laborers from beyond their original national boundaries. Accordingly, formal and informal colonialism transformed large parts of Europe and much of Asia, Latin America and Africa. They became the “underdeveloped” global countryside for the “advanced” industrial capitalist centers.

In the 20th century, these underdeveloped areas variously mixed anti-imperialism, socialism and communism as they tried to break out of the unwanted roles imposed on them by capitalism’s world economic order. Newly independent nations charted different paths of economic development often depicted as anti- or non-capitalist. That usually meant assigning the state (rather than private citizens) a major role in owning and operating enterprises. Typically, the state would also plan the distributions of resources and products rather (or more) than relying on private market exchanges to do the job.

Ultimately, the efforts of so many nations in Asia, Africa, Latin America and Eastern Europe to sustain anti- or non-capitalist development paths failed. An inability to shake off continuing subordination — especially economic — to the old capitalist centers (western Europe, North America and Japan) played major roles in those failures. For most, formal political independence merely changed the trappings more than the substance of their situations.

In other words, they did not change the class structure inside enterprises. The survival of such class differences inside state industrial enterprises and state farms led to tensions, conflicts and struggles often quite parallel with those in private capitalist economies. The actually existing socialist economies never managed to go beyond such state capitalisms to a genuinely non-capitalist system because they had not transformed their enterprises’ class structures.

Over the two centuries before the 1970s and 1980s, the former hinterland territories of Asia, Africa, Latin America and Eastern Europe developed a huge population used to very low wages. Slowly in some of these areas – but quickly in Soviet-style economies – those low-wage workers acquired more advanced degrees of skill, education and modern industrial work discipline. Nonetheless, the difficulties of monitoring and controlling far distant worksites kept almost all of these workers outside the hiring orbits of employers in the old capitalist centers in Western Europe, North America and Japan. Cold War tensions and the anti-imperialist, nationalist commitments of so many in Asia, Africa and Latin America likewise kept most old-center employers away.

Then in the 1970s, these circumstances profoundly changed. The rapid spread of jet air travel and global telecommunications enabled old-center capitalists to consider relocating their production facilities to lower wage areas (since monitoring and control could be accomplished at a distance). At the same time, mounting economic problems, crises and implosions of many state capitalist and poor nations undercut their efforts at independent paths of economic development. Their leaders were looking for a changed strategy of development.

Old-center capitalists seeking to relocate to the former colonial territories encountered there local partners eager to make and profit from deals with them. Hundreds of millions of new, much cheaper workers thereby became available to old-center capitalist employers. Globalization meant above all a sudden increase in the global supply of labor power, yielding an historically unprecedented buyers’ market for labor.

By relocating production facilities out of their old centers, capitalists drastically cut labor costs. They could escape the higher real wages and welfare state services won by generations of old-center workers. The profit possibilities were stupendous. Competition from those who first successfully relocated then forced even reluctant old-center capitalists to follow.

Many of the firms formed in, nurtured (and variously subsidized) by the old capitalist centers abandoned them. Detroit, Cleveland and so many other capitalist centers – in the US but also in Europe and Japan – have thus been declining, often for decades, with tragic human as well as economic costs. Loss of jobs, incomes, benefits and public services shaped ever more individuals’ lives. Capitalism’s globalization produced more enemies as the gaps between its beneficiaries and victims widened. Growing skepticism and then rejection confronted the euphemisms used to obscure globalization’s goals and effects  (“deindustrialization,” “post-industrialism,” “outsourcing,” “world-class competition,” “free-trade associations,” “declining middle class,” and “austerity,” among others).

Wealth and income distributions consequently polarized in the old capitalist centers. Capitalists’ profits grew sharply as they relocated production to lower waged workers in what became the new centers of capitalist growth (especially China, India, Brazil and so on). At the same time, such shifting of production provoked unemployment in the old centers, loss of higher-paying jobs that moved abroad and increasingly, the descent of workers into lower-paid, largely service-sector jobs. Old-center economies thus exhibited stagnant or falling real wages alongside soaring profits. The gap between rich and poor – between those whose incomes depend chiefly on profits and those who depend chiefly on wage work – starkly widened.

At the same time, wealth rose rapidly for the new-center partners of the old-center capitalists. Those partners who enabled old-center capital to flow into their societies and those who most successfully sold the resulting outputs back into old-center markets became wildly wealthy. Yet the mass of their fellow citizens remained mired in the poverty of their long-term economic underdevelopment. While new-center wages sometimes rose, their absolute levels remained low.

Sharply rising income and wealth inequalities thus characterized the new centers of capitalism as well as the old. Globalization distributed capitalism’s deepening inequality throughout the world. It likewise spread the usual effects of such inequality: speculation, real-estate bubbles, gross conspicuous consumption by the rich, political corruption and so on.

A remarkable historical parallel to this latest stage of capitalism suggests where it is leading us. After the 16th century, the contradictions of European feudalism led it to transform a centuries-old localized, decentralized manor system. Force served as midwife in amalgamating many feudal manors and gave birth to a few nation-states organized around highly centralized, absolute feudal monarchies (such as Britain, France, Spain and Prussia). That centralization process gave feudalism more decades of life. But it also generated those extremes of wealth and poverty exemplified by the palace at Versailles versus the abject slums of pre-revolutionary Paris.

Everywhere, those extremes provoked revolutions against feudalism that eventually yielded that system’s demise. Today’s extremes produced by a globalizing capitalism  — Detroit versus San Francisco, Manhattan versus the Bronx, Germany versus Greece, China’s new billionaires versus many millions of poor workers and peasants —  where might they be leading us? 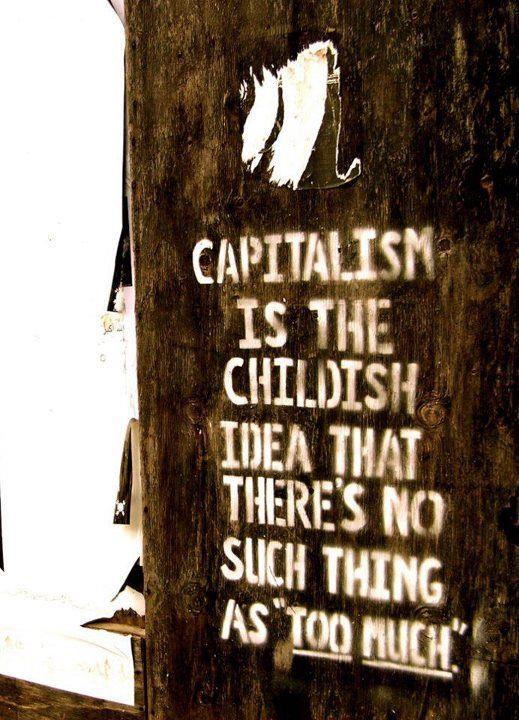 [Thank you Richard for permission to post this here.]

The writer is a professor of economics in the New School University in New York City, posts all his work at rdwolff.com and democracyatwork.info.

Please Note: This piece first appeared as “Capitalism’s deeper problem” on rdwolff.com which also hosted the video under the heading “Marxian economics vs Capitalism.” Permission to reprint Professor Wolff’s writing and videos is granted on an individual basis. Please contact profwolff@rdwolff.com to request permission.